Digifest is the annual Jisc event which “explores the power of digital to ensure you can thrive in this ever-evolving technological environment”. There are plenaries, workshops and the Jisc Digi Lab in which delegates can try out the latest edtech. 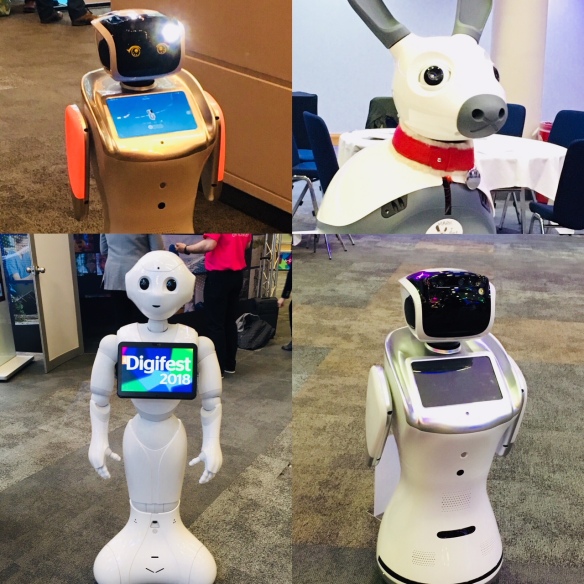 I was only able to attend one day and focused on developments in Virtual and Augmented reality.

The most useful talk was by Preston college on Augmented reality and virtual reality on a virtual budget. They shared examples of their recent curriculum work using low cost tools (their entire spend was around £600). Their main purchases were a Samson gear 360 camera (around £300) and a structure sensor that attaches to an ipad (also about £300). The camera was used to make 3D films including a virtual tour of campus. The sensor was used to scan existing models to create 3D anatomy videos.  The videos were all put together using thinglink and sketchfab – both free tools, though you can pay for licences that are pretty low cost. If you’ve been reading the blog you will see that I’ve used Thinglink before. Their efforts were then embedded in the VLE. They already had some VR headsets to use with the students but also used cardboard VR headsets with phones.

The closing speaker was Shafi Ahmed, multi award winning surgeon, teacher, futurist, innovator, entrepreneur and evangelist in augmented and virtual reality. He explained why it’s the most interesting and exciting time ever to work in medicine where technology is breaking boundaries never possible before. Watch his Ted talk to be truly inspired.

I also had a go on the Tractor simulator from Tenstar Simulation – great fun and a really helpful teaching tool.

This work is licensed under a Creative Commons Attribution-NonCommercial 4.0 International License.